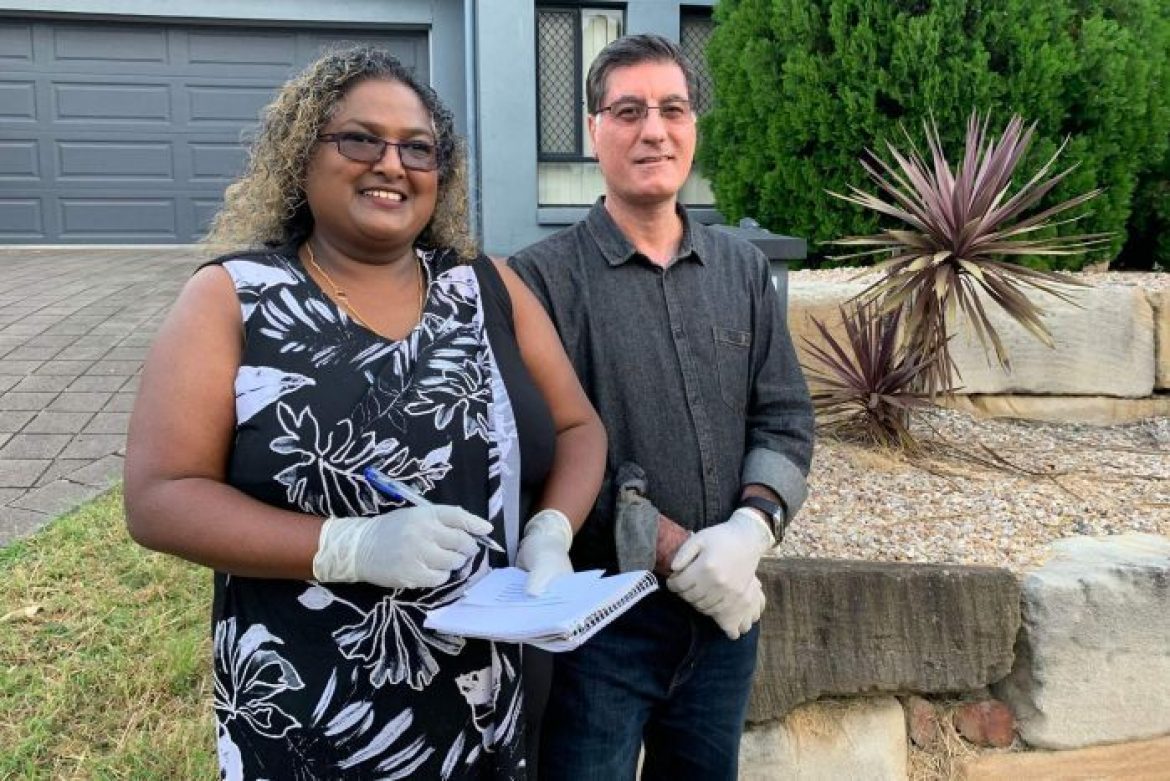 Ipswich couple Vicky and Siamak Mohajerin have lived in their family home, west of Brisbane, for 12 years.

Like many busy Australians, they had only ever exchanged the odd wave or nod to their neighbour out the back — mother-of-six Teressa Leedie — until the coronavirus pandemic began to spread.

“We were at home self-isolating and we realised we don’t know a lot of our neighbours,” Ms Mohajerin said.

“We thought they might be in need, so we put gloves on, got a pen and pad, and took a walk on Sunday afternoon, and gave our neighbours our contact details.

“[We] just told them if they need anything at all, or needed us to go get something for them, we would go do that.”
Mr Mohajerin said the couple had “never met or spoken to Teressa”.

“We got a really nice response,” he said.

Ms Leedie said it was “really uncommon for people to reach out this way”.

“It was really overwhelming and heartwarming to know you’ve got neighbours, strangers, in your street who are willing to support us in this time of need.” Mr Mohajerin recommended other people to reach out to others — whether online or over the fence — saying it had given him and Ms Mohajerin something to look forward to.

“One household suggested we have a street party when this is all over, so we can’t wait — it’s going to be huge.”